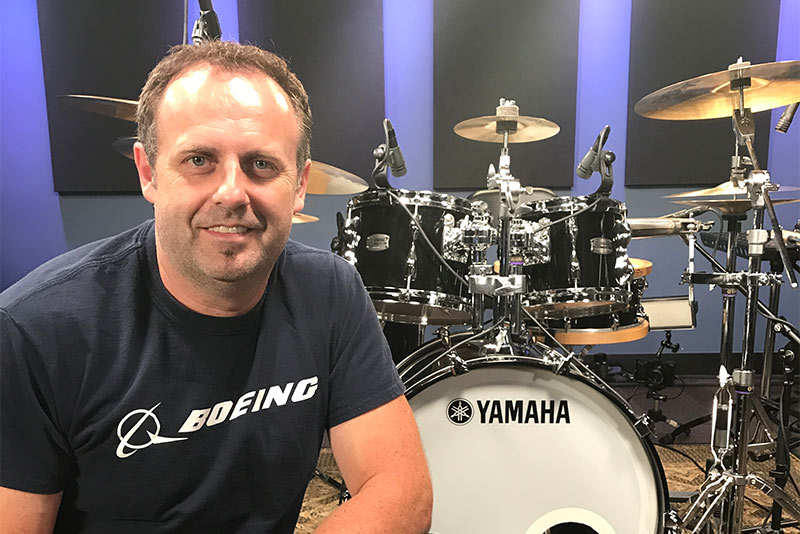 Contact King's Music Lessons to get started today!
Mike Michalkow has been performing, recording, and teaching drums for more than 20 years, with a storied career that has seen him brush shoulders with some of the most recognized drummers in the industry.

As a firm believer in drum education, Mike has studied privately with Mitch Dorge (Crash Test Dummies), Dom Famularo, Jim Chapin, Chuck Silverman, John Fisher, Peter Magadini, and Virgil Donati - while also taking classes with the Drummers Collective in New York City, and graduating at the top of his program while majoring in Latin and Jazz under Brian Thurgood at Grant MacEwan College in Edmonton.

His passion for drums and percussion has earned him a name in the business. This led him to be the Orchestra Drummer on a popular cruise line, heading up the drum department for the USA West Coast for the “National Guitar Workshop”. Mike has also performed and recorded with songwriters and bands with a range of styles including progressive rock, latin, jazz, blues, pop, funk, celtic, country, metal, and R&B.

Mike has taught on various drum instructional DVDs including “Moeller Method Secrets”, “The Jazz Drumming System”, “The Latin Drumming System”, and the world-famous “Drumming System” which has sold nearly 20,000 copies. Mike is also an ongoing instructor for the online drum lessons community at www.Drumeo.com.

Mike’s goal as an outgoing performer and enthusiastic teacher is to excite and motivate others about the drums and music.
Information